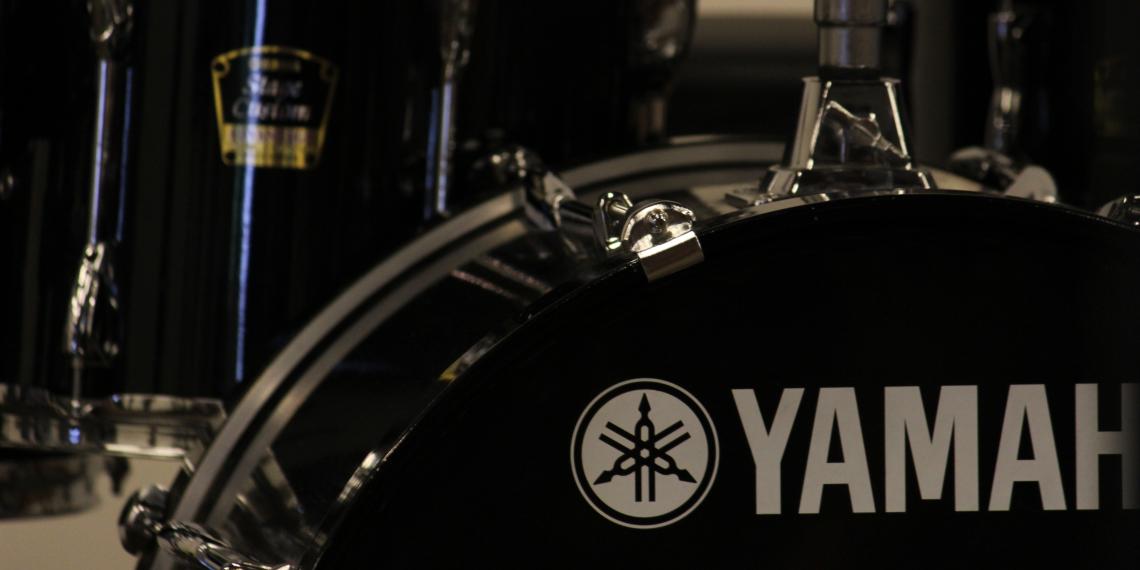 Tun­ing isn’t just for gui­tarists. Drum­mers need to be aware that how they tune their drums makes a dra­matic dif­fer­ence both to their over­all drum kit sound, their band and even to the feel and mood of the music. A well tuned drum kit won’t be noticed as much as a poorly tuned one — don’t be the lat­ter. Here are some easy tips to tune your drums.

You’ll need two things to start tun­ing your drums — a drum key and a drum stick. It’s also a good idea to tune drum heads that are new — they have more stretch in them and are more pli­able in terms of get­ting notes out of them. Old drum heads tend to lose their tun­ing after a while, so it’s a good oppor­tu­nity when you tune to replace them.

There’s a fairly sim­ply pro­ce­dure to tune your drums, but it takes a bit of prac­tice and a good musi­cal ear to deter­mine the notes you’re tun­ing to.

Put the head on your drum and fin­ger tighten the ten­sion rods so that they’re approx­i­mately the same tightness.

Using a criss-​cross pat­tern, turn each ten­sion rod a half turn of the drum key until the wrin­kles are taken out of the head. Always tune in oppo­sites — tune the ten­sion rods directly oppo­site and don’t work around in a cir­cle. Con­tinue to repeat this pat­tern of half turns until you hear a dis­tinct pitch or note.

Seat the drum head. Press the cen­ter of the TOP head (the “bat­ter” head) firmly, like you’re giv­ing it CPR. This slips the hoop of the drum head onto the rim of the drum and helps the head to con­form to the shape of the bear­ing edge of the drum. Don’t be alarmed if there’s a crack­ing noise, this is nor­mal. If you seat your head and notice that the pitch of the drum has dropped, you’ll have to retighten the ten­sion rods and reseat the head. Keep going until the pitch stays the same post-​seating.

NOTE: Don’t attempt to press directly on the bot­tom (“res­o­nant”) head unless it’s a thicker, 10 mil or more head. Doing so will prob­a­bly leave a nice imprint of your palm, as well as poten­tially rip­ping through the head.

Put the drum on a clean sur­face, with the head you want to tune fac­ing up.

Tap the head a few mils from each ten­sion rod (with a fin­ger or with a stick) and lis­ten for the note pro­duced. Make a men­tal note of which ten­sion rods sounded “high” and which ones were “low”. They work in pairs — usu­ally the lug oppo­site will be the same pitch as it’s pair, high or low.

To fin­ish the tun­ing, sim­ply LOOSEN by 1⁄8th of a turn each lug that was “high” in pitch, and TIGHTEN each lug that was “low” in pitch. The idea is that by tun­ing in oppo­sites, you bring the highs down and the lows up until they meet in the middle.

Repeat steps 5 – 7 until the head has the same pitch all the way around. You shouldn’t hear many funny over­tones or ring­ing if your drum is tuned well.

Now, turn the drum over and repeat steps 5 – 7 with the rest of your drums.

This method of tun­ing works best for toms, with snare drums requir­ing a bit more fine tun­ing still. We’ll cover snare tun­ing in another tuto­r­ial, but it’s worth not­ing that when you put your toms back on your stands they can change pitch. Sim­ply tweak as nec­es­sary and you’ll have a set of great sound­ing drums! 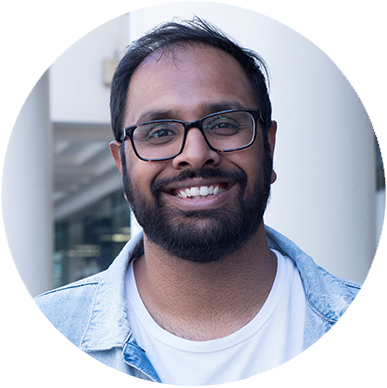 Kris joined Creative Ministries team in late 2014, bringing with him a Degree in Media Studies and Sociology, as well as experience as a worship leader, musician, writer and producer. He is passionate about advancing the cause of creativity in The Salvation Army and seeing people discover their God-given creative potential.

All articles by Kris Singh 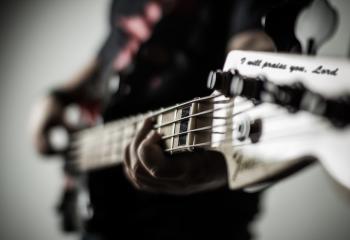 The bass gui­tar is an often for­got­ten, but cru­cially impor­tant part of any band or rhythm sec­tion. Peo­ple may think that you sim­ply plug... 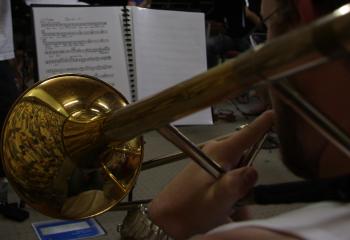 Over many years of play­ing brass I think that my rehearsal time has been largely wasted time. I have always loved to play so that is the way I... 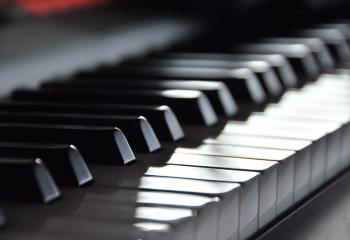 3 Easy Ways to Move Between Keys

Often in our Sun­day wor­ship, we’ll have a setlist of songs that are in unre­lated or dif­fer­ent keys to each other. Part of the musi­cians role... 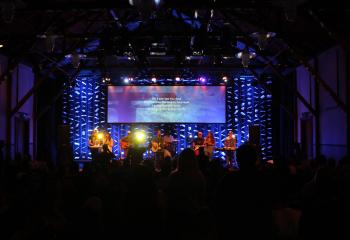 Amplify stage design is always a chal­lenge. What can we cre­ate that is dif­fer­ent, ver­sa­tile, and that will add to the wor­ship expe­ri­...